Youth’s Proposals for a New Europe

Ensuring our high school students are interested and involved in current events has been a major priority of the French International School’s teachers this year. In the current state of world affairs, we believe that following the news and understanding the monumental changes that are taking place before our very eyes have never been more important. Furthermore, recent headlines across Europe have more often than not expressed profound uncertainty regarding the future of the EU. With the younger generation routinely confronted with vague talks of Brexit negotiations or even broader trends such as the worrying rise of populism across the continent, we’ve strived to ask ourselves how we can educate and engage tomorrow’s generation of leaders with these key issues as part of our curriculum.

Earlier this year, German Chancellor Angela Merkel and French President Emmanuel Macron both signed the Treaty of Aachen, a bilateral agreement designed as a renewal of the immensely successful Elysee Treaty of 1963, which in its time was responsible for a new foundation for Franco-German relations after centuries of fierce rivalry. In order to better understand this significant step forward in Europe’s construction, we attended a panel discussion promoting Franco-German cooperation abroad chaired by the French and German Ambassadors to Beijing; after listening to the conference, the students had the rare opportunity to ask questions directly to diplomats involved in a process that we usually only witness from afar.

After such an enriching experience, and with the European Parliament’s elections due to take place on May 26th, we sought to pursue our own project in cooperation with the German school of Beijing that would allow our students to take their own initiatives and work together to engage with these important issues. Our wish to continue to plan and develop the project was further solidified by a meeting on the 26th of March between French President Macron, German Chancellor Merkel and the President of the European Commission Juncker in Paris to discuss Sino-European relations with President Xi Jinping. On the morning of the 4th of April, the French, German and EU Ambassadors to China were kind enough to join us during a panel discussion moderated by our students, on the primary issues that Europe faces today. We then set up a workshop that would allow students organized into small groups to draw up concrete proposals on a number of different topics that they deemed too important to ignore that would then be sent directly to the newly elected members of the European Parliament.

This website has brought together all of the students’ efforts during one morning of intense work, and we hope you enjoy following the evolution of their thought process that culminated in something greater than we had ever anticipated. The ideas they brought to the table are a demonstration of the power of an enthusiastic group of hard-working students, and a reminder that the future of Europe is now within their hands. The ambitious construction of Europe by our forefathers was guided by and should be pursued according to a singular principle agreed upon by the three Ambassadors: that compromises should always be favored over seeking consensus in order to achieve lasting progress. 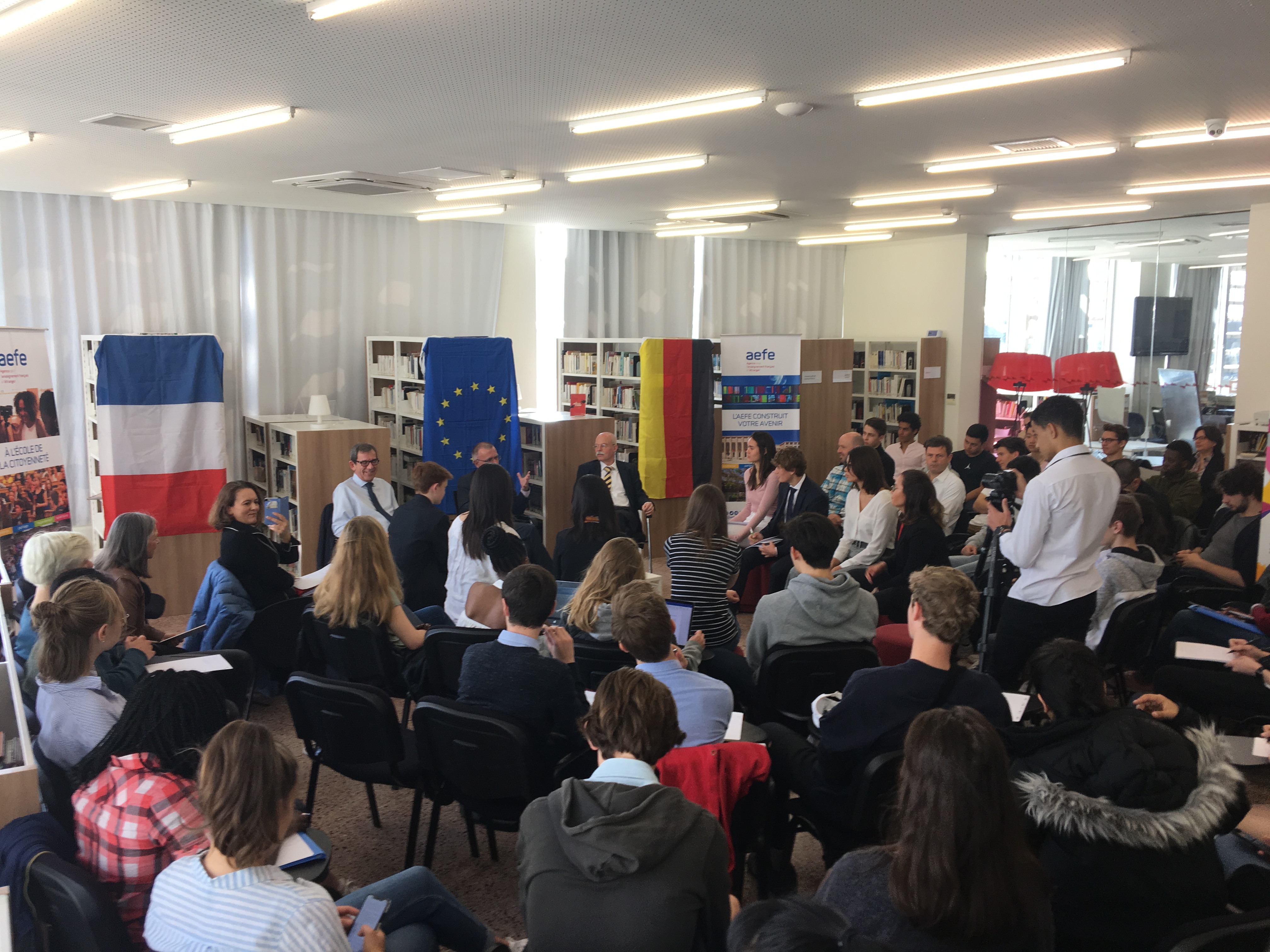 Please click here to find the booklet that will be sent to the next European Parliament.
.
Videos
The headmaster of LFIP welcomes the Ambassador to the delegation of EU 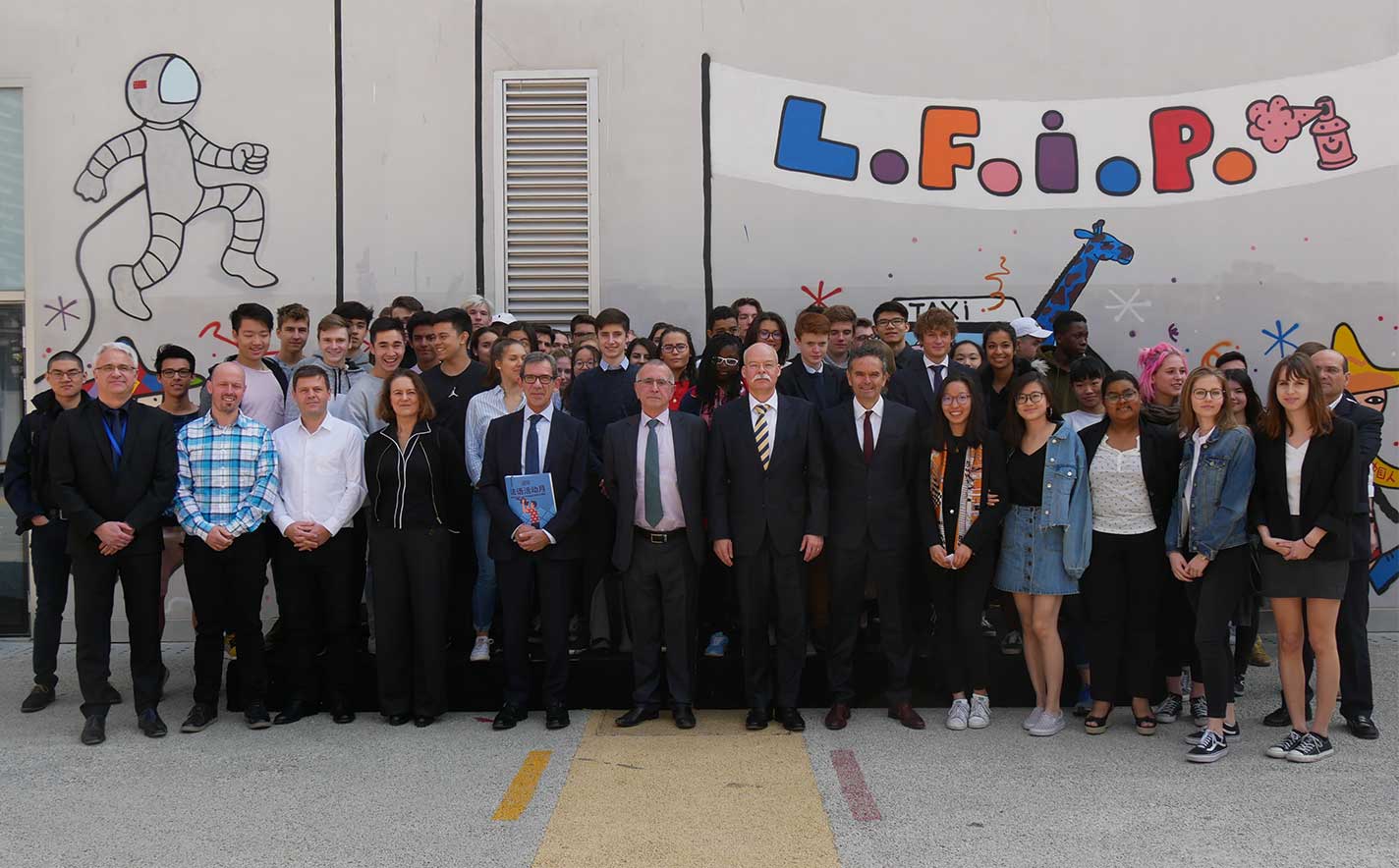 … and a special thank you to the Headmasters of both schools for sponsoring our project with engagement and enthusiasm.